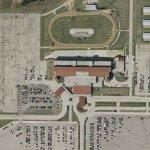 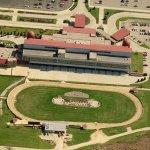 After Wisconsin changed the law to allow lotteries and pari-mutuel betting in the late 1980's, five greyhound tracks opened in the state in 1990-91. Soon after the tracks opened, a federal judge ruled that the state must also allow Indian casinos to operate.

As the casinos thrived, attendance at the dog tracks plummeted by the late 90's, and only two remained open after 2001. The nearby Geneva Lakes track closed in 2006, leaving Dairyland as the last track in the state. In November 2009, it was announced the track would hold it's final night of racing on December 31, 2009, ending a run of over 19 years.
Links: dp.g.doubleclick.net
1,487 views