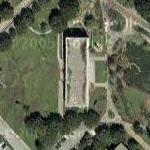 By kjfitz @ 2006-01-01 23:16:51
@ 32.778227, -96.763018
Dallas, Texas (TX), US
The Dallas Museum of Natural History is the only collections-based, research-driven public natural history museum in the region. With working archaeologists and paleontologists on staff, the museum not only repackages and interprets scientific knowledge but actively expands its frontiers.

Since its founding in 1936, the Museum has played a significant role in documenting, describing and showcasing Texas' vast natural diversity. The current collection of over 280,000 specimens includes the world's largest exhibition of Texas wildlife habitats, and the first mounted Texas dinosaur in Texas.

Through its educational and research programs, the Museum has attracted a dedicated core of the Dallas community's naturalists, geologists, paleontologists and anthropologists, as well as 1,800 Museum members. Annually the Museum receives hundreds of thousands of visitors, including some 40,000 schoolchildren participating in the Museum's formal educational programs.
Links: www.perotmuseum.org
750 views