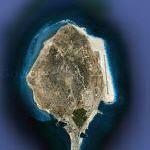 By kjfitz @ 2010-11-24 13:38:40
@ 24.486367, 52.321529
Dalma, United Arab Emirates (AE)
Dalma is an island approximately 26 miles (42 km) off the coast of Abu Dhabi and 72 miles (116 km) from Doha. The Abu Dhabi Islands Archaeological Survey ADIAS carried out an initial archaeological survey of Dalma island in 1992. A total of more than 20 archaeological sites were identified on the island, ranging in time from the Neolithic (Late Stone Age). The population consists of about 10 thousand inhabitants, most of whom are Iranian Arabs Hansens and Qatari who have been granted United Arab Emirates (UAE) nationality. The island has many private farms for the ruling family of Abu Dhabi. The late ruler of Abu Dhabi Sheikh Zayed al-Nahyan had a palace here.
Links: en.wikipedia.org
540 views