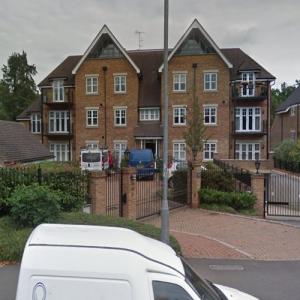 She died in this house of Alzheimer's in 1972. She lived here with her husband Stringer Davies who played the role as her friend Mr. Stringer in her Miss Marple films. It was a wish of her to have him in this role that doesn't exist in the original Miss Marple novels and films.

The house was later demolished for an apartment housing but the property is called Rutherford House in her honor.
Links: en.wikipedia.org, www.margaretrutherford.com
2,146 views