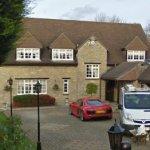 He began racing karts in England at the age of 4 and would eventually win national titles while battling future Formula One champion Jenson Button. For financial reasons, Wheldon took his racing career to the United States in 1999 at the age of 20.

He spent four seasons climbing the ladder in the States in the F2000, Toyota Atlantic, and the Indy Lights development series. He made his IndyCar debut in the final two races of 2002.

In 2003 he replaced the retiring Michael Andretti at Andretti Green Racing. His first full season earned him the IndyCar Rookie of the Year honors. He would win his first race in 2004 in Japan.

2005 was a breakthrough season with an Indy 500 victory, five other wins, and the season championship. He would move to Chip Ganassi Racing in 2006, with mixed results over the next three seasons.

In 2009-10, he raced for Panther Racing. He had little success with the underfunded team, but managed two second place finishes in the Indy 500.

He was without a job in 2011, when an opportunity to race the Indy 500 came from car owner Sam Schmidt and former Andretti teammate Bryan Herta. He won for the second time at the Brickyard after leader J.R. Hildebrand crashed in the final turn on the final lap.

Without a car to drive for most of 2011, Wheldon joined the broadcast team for some of IndyCar's races aired by Versus (NBC Sports). His charming character made him a hit with the viewers, making many fans hope he would work in television after his driving career was over.

Wheldon was hired by the series to test a new car designed by Dallara which would be used by all teams in 2012. The car featured more safety features and would reintroduce turbo-charged engines to the series.

Behind the scenes, Wheldon came to terms to drive for Michael Andretti once again in the 2012 season. He was to replace Danica Patrick, who was taking her racing career to NASCAR.

IndyCar created a promotion for the final event of the season at Las Vegas Motor Speedway. Wheldon was given the chance to claim a $5 million bonus for winning the race after starting in last place. Half of the money would be his, and the other half would go to a lucky fan.

On lap 11 of the Las Vegas race, Wheldon was involved in an accident involving 15 cars. His car was launched into the air after hitting a slowing car. The cockpit of the car collided with the catch-fence. Wheldon died from blunt force trauma to the head. He was 33 years old.

The Wheldon family addressed the media in front of this home on the day after the accident.
Links: en.wikipedia.org
1,848 views