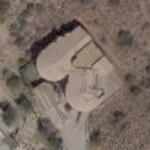 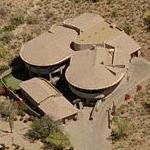 A trust controlled by the husband of race car driver Danica Patrick bought a house in the Ancala community in north Scottsdale. Paul E. Hospenthal bought the house as trustee of the Spirit Productions Trust. The trust's successor trustees are Patrick, Mark Hospenthal and Kurt Hospenthal. Paul Hospenthal is listed as the beneficiary of the trust. The 7,531-square-foot home with 600 square-foot pool was originally built in 2001. Paul Hospenthal is a physical therapist and personal trainer who runs the Desert Institute of Physical Therapy in Scottsdale. Patrick made Indianapolis 500 history by coming in fourth in 2005, the best finish for a woman in the history of the race. The home was sold by Douglas S. Kane of Scottsdale.
Links: en.wikipedia.org
65,843 views