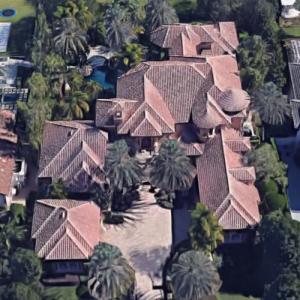 By jdubble07 @ 2020-08-04 09:02:49
@ 28.4638059, -81.5321412
Windermere, Florida (FL), US
Dany Garcia is an American businessperson and producer. Garcia is the founder, CEO, and chairwoman of The Garcia Companies and TGC Management, overseeing a portfolio of brands in business, entertainment, and food, including TGC Management, Seven Bucks Companies, Teremana Tequila, Athleticon, and the Project Rock Collection at Under Armour, VOSS, Atom Tickets and Salt & Straw.

She left a successful career in finance at Merrill Lynch to become the manager of her ex-husband, Dwayne 'The Rock' Johnson's career. She has been a producer or executive producer on every film and TV show Johnson has starred or been involved in since 2008.

Garcia's home is owned through a land trust, managed by Howard Altman, financial advisor for both Garcia and Johnson.
Links: en.wikipedia.org
372 views