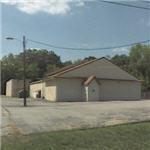 On December 8, 2004, Abbott was shot onstage while performing with Damageplan at the Alrosa Villa in Columbus, Ohio.

The gunman was Nathan Gale, who shot Abbott five times, including once in the head, killing him instantly. Gale then continued shooting, killing three others and wounding a further seven.
Links: en.wikipedia.org
2,424 views