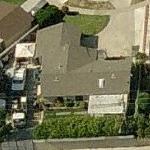 Storage Wars is an American reality television series on the A&E Network that premiered in 2010. The show features auctioneers Dan Dotson and Laura Dotson, as well as auction hunters Dave Hester, Darrell Sheets, Barry Weiss, and the team of Jarrod Schulz and Brandi Passante. When rent is not paid on a storage locker for three months in California, the contents are sold by an auctioneer as a single lot of items. The show follows professional buyers who purchase the contents based only on a five-minute inspection and what they can see only from the door when it is opened. The goal is to turn a profit on the merchandise. Dave Hester is the former owner of Newport Consignment Gallery in Costa Mesa, CA and Rags to Riches thrift store until he closed them in middle of 2011. He now operates Dave Hester Auctions. Dave's signature move is to bid loudly, "Yuuup", seemingly at the last moment, sometimes maddening the other bidders. He even has the slogan imprinted on his truck and a hat.