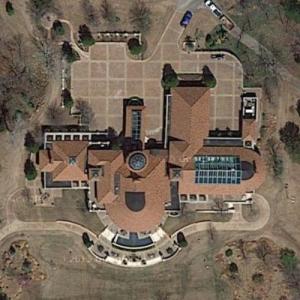 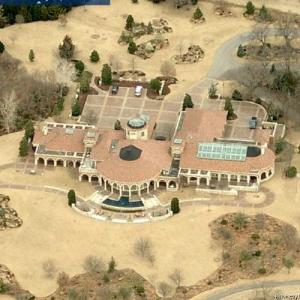 By Xeba73 @ 2012-11-19 04:51:15
@ 35.34014006, -97.66820007
Oklahoma City, Oklahoma (OK), US
David Green is the founder and CEO of Hobby Lobby. As of May 2014, Forbes ranks him as the 94th richest person in America, with a net worth of $4.9 billion. He is a signatory of "The Giving Pledge", committing himself to give away at least 50% of his wealth to charitable causes. In 1970, while a store manager with variety store chain TG&Y, Green took a $600 loan and started a home business in his garage assembling and selling miniature picture frames. The business, Greco Products, capitalized on a decorating fad of the time. By August 1972, the business had thrived to such an extent that Green and his wife were able to open a 300 square-foot store in northwest Oklahoma City. In 1975, Green left his 13-year career with TG&Y and opened a second Hobby Lobby location with 6,000 square feet of space. Green commits half of Hobby Lobby's total pretax earnings to a portfolio of evangelical ministries and as of 2012, he has donated an estimated $500 million.

David Green is an American businessman who has a net worth of $5.2 billion which makes him one of the richest people in Oklahoma. Born in Oklahoma City, Oklahoma, David Green grew up in a poor family. His father was a preacher, and he grew up in a relatively strict Christian household, a tradition that Green assumingly kept given his public persona. Hobby Lobby has grown to 520 locations around the world and is one of the largest Christian companies in the United States, with Mr. Green is well known for running the business based on biblical principles. He is a staunch supporter of evangelical education, and has given millions to Christian universities. He also has also put almost 1.4 billion copies of gospel-related literature or books in homes in Africa and Asia.
Links: en.wikipedia.org
26,226 views