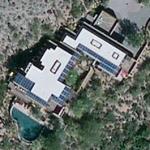 To date, Optima has completed 29 multi-family projects — more than 4,000 units — built in the areas around Chicago, Illinois and Phoenix, Arizona. The scale has risen dramatically over 30 years: from the company's first project of six units — townhomes in Chicago — to more than 650 units in three towers at its most recent project, Optima Old Orchard Woods in suburban Chicago. In addition, Hovey has done a series of four experimental single-family homes in a gated community called Desert Mountain in Scottsdale, Arizona. The company has received dozens of awards for everything from architectural excellence, to planning and green design.
Links: www.optimaweb.com
1,126 views