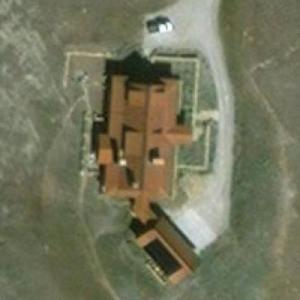 Now retired from TV, the comedian is still sometimes featured on Netflix with his show My Next Guest Needs No Introduction. Here Letterman seems to make his own sort of midwestern boast, interviewing only the highest profile celebrities and public figures. Sporting a beard of wisdom, he’s a bit difficult to recognize from his clean cut days, though his signature wit and dry humor remain consistent.

Dave has used his fame and fortune to become a savvy investor, owning quite the respectable real estate portfolio. Including such hot listings as a 108-acre estate in Westchester County, New York (purchase price: $5 million for 88 acres in 1994 and $5 million for the rest in 2007); this 2,700 acre ranch near Chateau, Montana; a place on Martha's Vineyard; and a house in St. Barth's.

David Letterman stands head and shoulders above his fellow late night tv hosts, with his impressive net worth of $400 Million. That’s nearly half a billion dollars made on laughter (and his own smart investment). While working at CBS he earned $20 Million yearly. Though in years past, Letterman could easily pull in $50 million or more in a year thanks to licensing and syndication fees. Though that number has come down in recent years. His production company, Worldwide Pants Incorporated, produces and owns the rights to "Everybody Loves Raymond" and "The Late Late Show with Craig Ferguson”. The profits from these well syndicated shows earned David his fortune. Enough to allegedly have bought Conan O’Brien a horse, as a gift, though with how expensive it is to stable and feed a horse, it’s a hilarious gift!
Links: www.bergproperties.com, www.abc.net.au, www.communitywalk.com, en.wikipedia.org
73,311 views