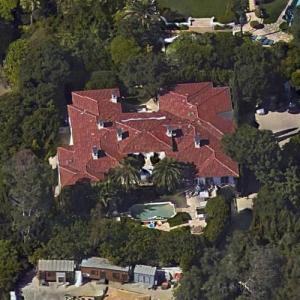 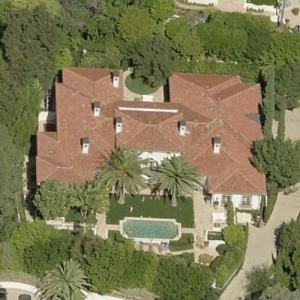 David (OBE) is a retired professional soccer star, and was the first English player to win league titles in four countries, England, Spain, the United States and France, which he did while playing for Manchester United, Preston North End, Real Madrid, Milan, LA Galaxy, Paris Saint-Germain. He is the most capped player for England's National Team, having appeared in more matches than any other outfield player. Renowned for his range of passing, crossing abililty and bending free-kicks, he has twice been runner-up for FIFA World Player of the Year and in 2004 he was named in the FIFA 100 list of the world's greatest living players. As of 2013, Beckham had a total of 32 tattoos.

Victoria (née Adams) is an English businesswoman, fashion designer, model and singer, who rose to fame in the Spice Girls, a British pop girl group that was formed in 1994 and spawned such hit singles as "Wannabe," "Say You'll Be There." In the group, Victoria was known for her couture outfits, fashion sense, and attitude which earned her the nickname Posh Spice. In addition, she has served as guest judge on Project Runway, Germany's Next Topmodel, and American Idol. Her eponymous fashion label was launched in September 2008, and by September 2012, was the most talked about designer on Twitter during New York Fashion Week, acquiring 57,000 new followers during the shows.

David and Victoria Beckham have four children; Brooklyn, Romeo, Cruz, and Harper. Elton John is godfather to Brooklyn and Romeo Beckham; their godmother is Elizabeth Hurley.

The Beckhams are known as fashion icons and became lucrative spokespeople sought after by clothing designers, health and fitness specialists, fashion magazines, perfume and cosmetics manufacturers, hair stylists, exercise promoters, and spa and recreation companies over the course of their respective careers. Together, David and Victoria Beckham's joint net worth is estimated at $575 million (£380 million).
Links: www.yahoo.com, en.wikipedia.org, en.wikipedia.org
97,186 views