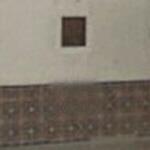 Text of the plaque:

Hardin was shot in the back of the head by El Paso constable John Selman.