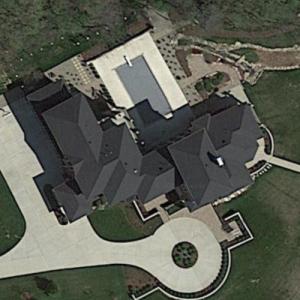 By jdubble07 @ 2017-08-01 16:24:50
@ 38.718092, -90.000462
Collinsville, Illinois (IL), US
Dennis Muilenburg, former president, chairman, and chief executive officer of The Boeing Company, lives in this amazing house. Muilenburg is an American engineer, business executive, and the former president and chief executive officer (CEO) of The Boeing Company, the well known multinational aerospace and defense company. He was CEO from July 2015 until December 23, 2019, when he was fired in the aftermath of two crashes and the subsequent grounding of the 737 MAX, a major catastrophe and controversy of its time.

Muilenburg has a net worth of $100 million. He graduated from Iowa State University and the University of Washington and quickly went to work for the company where he eventually worked his way up to earning over $15 million in salary in 2016. He began working at Boeing in 1985 and has held various management and engineering positions with the company including vice president of the Boeing Combat Systems division and president and chief executive officer of Boeing Defense, Space & Security. After becoming CEO in 2015 his career would continue to climb as he would become chairman and then chairman of the board of directors in 2016. In January 2019, Dennis Muilenburg owned 130,000 shares of Boeing which have a pre-tax market value of $40 million. That made him one of the four largest individual shareholders of the company. He earned $23.4 million in total compensation for 2018. Even though in 2019 he likely only earned his base salary which amounts to around $3 million. When he earned $23.4 million in 2014, roughly $20.4 million was a mix of bonus and stock options. Upon being fired from Boeing, it was revealed that Dennis would be allowed to walk away with $18.5 million worth of exercised stock options and $62 million worth of pay and pension benefits for a total exit package north of $80 million. By comparison, Boeing set aside $50 million to compensate family members of 737 crash victims, helping Muileburg attain his hefty $100 million net worth.
Links: en.wikipedia.org
6,793 views