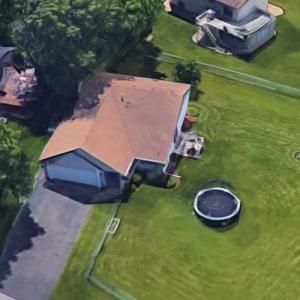 By jdubble07 @ 2020-06-04 09:13:47
@ 44.9738587, -92.9541002
Oakdale, Minnesota (MN), US
Derek Chauvin is a former police officer with the Minneapolis Police Department for over 18 years. On 25 MAY 2020, he was filmed kneeling on George Floyd's neck for eight minutes before he died. Chauvin had 18 complaints on his official record, two of which ended in discipline from the department, including official letters of reprimand. He had been involved in three police shootings, one of which was fatal.

REMOVE_MY_PROPERTY
@ 2020-06-05 14:02:58
@jdubble07 please remove this post, https://virtualglobetrotting.com/map/abraham-somers-house/ . It contains private property which was posted without the consent our consent as the homeowner. Publicly posting our address makes my family feel unsafe in our own home!!