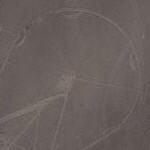 "an extensive network of experimental roads was built to evaluate construction methods in native desert soils. Scientists needed to make sure the roads would accommodate the heavy loads associated with transporting 200 MX missiles among 4,600 shelters. These tests were part of the Multiple Protective Shelter System (more commonly referred to as the "shell game system" or "race track model.""