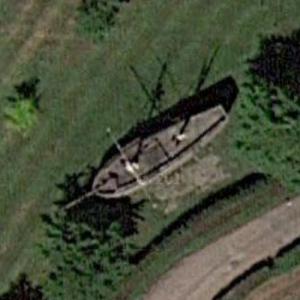 Westenhanger Castle, where the replica is located, is linked to the 'Discovery' as the then owner,
Sir Thomas Smythe, commissioned the building of several ships including the original 'Discovery'.
Links: tallship.typepad.com, en.wikipedia.org, www.kenthistoryforum.co.uk
337 views