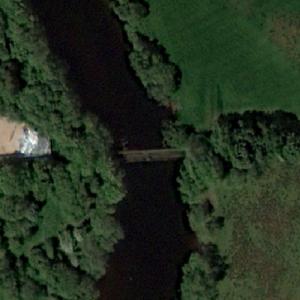 Today a cycle and footpath now goes along this old section of railway and over the bridge.
Links: en.wikipedia.org
601 views