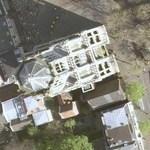 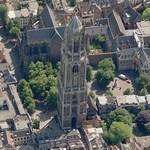 By DonMartini @ 2006-09-12 16:18:57
@ 52.090618, 5.121308
Utrecht, Netherlands (NL)
The Cathedral of Saint Martin or Dom Church was the Cathedral of the diocese of Utrecht during the Middle Ages. Once this was the country's largest and only cathedral, dedicated to St. Martin of Tours, and the one church in the Netherlands that closely resembles the original French style that later became known as Gothic, even though in contrast to its French predecessors it only has one tower. All other Gothic churches in the Netherlands belong to one of the many regional variants.
Links: en.wikipedia.org
726 views