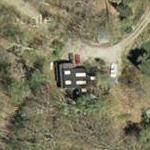 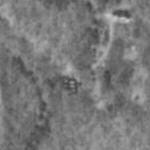 By tlp333 @ 2008-08-24 17:51:38
@ 44.239836, -69.111383
Camden, Maine (ME), US
Don McLean, the legendary singer-songwriter lives here. He is most famous for his 1971 album "American Pie", containing the renowned songs "American Pie" and "Vincent". His 1971 hit song "American Pie", is an 8.5-minute folk rock cultural touchstone about the loss of innocence of the early rock and roll generation. His other hit singles include "Vincent", "Dreidel", a rendition of Roy Orbison's "Crying", a rendition of the Skyliners' "Since I Don't Have You", and "Wonderful Baby". His composition "And I Love You So" has been sung by Elvis Presley, Perry Como, Helen Reddy, Glen Campbell, and others, and in 2000, Madonna had a hit with a rendition of "American Pie". In 2004, he was inducted into the Songwriters Hall of Fame. In January 2018, BMI certified that "American Pie" and "Vincent" had reached five million and three million airplays respectively.

He was married to Carol Sauvion from 1969 to 1972. They had two children together. He was married Patrisha Shnier from 1987 to 2016. They also had two children. Towards the end of their marriage, Don was arrested on charges of domestic abuse. He entered an Alfred plea in July 2016 and paid a nominal fine. McLean has had a spotty past with some difficulties over the course of his career. Incredibly, McLean has shown his dark side in other incidents, but it remains a difficult time.

This incredible career has earned Don McLean a net worth of $50 Million. The song "American Pie" is played around the world on radio hundreds of times per day, every day. Decades later, McLean earns $300,000 – $500,000 per year in royalties off his hit. Since 1990 he his catalogue has been represented by Universal Music Publishing Group. In 2018 he re-upped with UMPG with $4.5 million administration deal. Don McLean's primary residence is this 300-acre estate estate in Camden, Maine. He also owns several homes in California.
Links: www.don-mclean.com
19,444 views