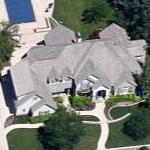 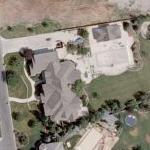 By tlp333 @ 2007-12-06 22:16:25
@ 40.279932, -111.664098
Provo, Utah (UT), US
Donny Osmond is an American singer, actor, dancer, radio personality, and former teen idol, achieving success with four of his elder brothers as "the Osmonds," and later with his sister, Marie, as "Donny & Marie," hosting a self-titled variety series, which aired on ABC. Osmond also played Joseph in the Elgin Theatre's Toronto production of Joseph and the Amazing Technicolor Dreamcoat. In 2009, Osmond won the ninth season of Dancing with the Stars.

Donny Osmond's start began with his brothers "the Osmonds" on the Andy Williams show. Williams initially had reservations about featuring children on the program, however, encouraged by his father to try them out, they proved in a short period of time to become an asset to the program, and soon became regulars on the show and gained popularity quickly. Soon after, Osmond became a teen idol as a solo singer, while continuing to sing with his older brothers. Along with Bobby Sherman and David Cassidy, he was one of the biggest "Cover Boy" pop stars for Tiger Beat magazine in the early 1970s. In the mid-1970s, he and his sister Marie co-hosted The Mike Douglas Show for a week, and were later offered a show of their own.

The Donny & Marie Show, aired on ABC between 1976 and 1979 and at the time, the duo were the youngest entertainers in TV history to host their own variety show. A normal Friday night viewing of Donny and Marie consisted of several sketches and songs, including a ice skating number intro, comedy skits, and duets. "I'm A Little Bit Country, I'm a Little Bit Rock and Roll", performed on the show, became their most famous song, and spun off into a weekly segment where Marie ("a little bit country") would trade off singing a country music song with Donny ("I'm a little bit rock and roll").

Osmond was born in Utah, and still lives there today, with this home in Provo. He has a net worth of $15 million.
Links: en.wikipedia.org
79,413 views