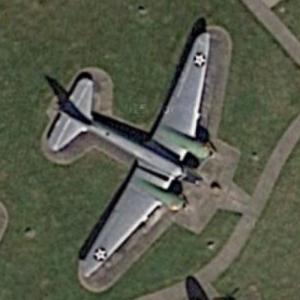 While faster and better armed than the B-18 Bolo, the B-23 was not comparable to newer medium bombers like the North American B-25 Mitchell and Martin B-26 Marauder. For this reason, the 38 B-23s built were never used in combat overseas, and many were converted to transports as the UC-67. Howard Hughes used converted B-23s as personal aircraft.
Links: www.mcchordairmuseum.org, en.wikipedia.org
404 views