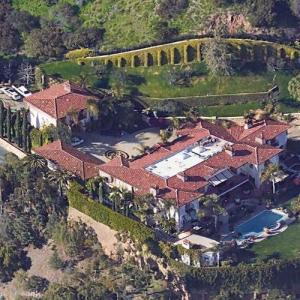 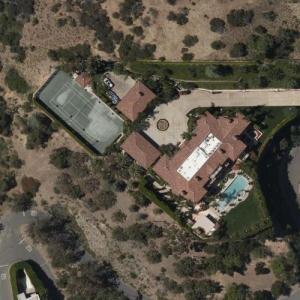 By neotrix @ 2010-07-30 10:18:21
@ 34.09777908, -118.436122
Beverly Hills, California (CA), US
Phil McGraw best known as Dr. Phil, is a three-time Emmy Award-nominated television personality who's well-known as the host of the popular American psychology TV show Dr. Phil lives here. A doctor of clinical psychology, but not licensed to practice, McGraw first gained celebrity status with appearances on The Oprah Winfrey Show in the late 1990s.

Dr Phil has a stunning net worth of $440 Million, not bad for a Dr. who isn’t licensed. His average yearly salary is $88 million. He currently resides in Beverly Hills, California with his wife Robin. His salary is well above what a typical clinical psychologist could make, who make on average about 65-125 thousand dollars a year.

The television host also owns a line of weight loss products among other investments. His work has seen him sued several times, drawing controversy for several incidents. No surprise, McGraw's advice and methods have drawn criticism from fellow psychotherapists as well as laypeople. McGraw's critics regard advice given by him to be at best simplistic and at worst ineffective. The National Alliance on Mental Illness called McGraw's conduct in one episode of his television show "unethical" and "incredibly irresponsible". McGraw said in a 2001 South Florida newspaper interview that he never liked traditional one-on-one counseling, no wonder he never got his license to practice. Putting people’s personal problems in the context of intentionally dramatic confrontations viewed by an international televised audience is certainly one approach.

Dr. Phil is still on the air interviewing the likes of ailing celebrities such as Bam Margera and launching the careers of problematic teens like Bhad Bhabie. Bam in fact had Dr. Phil’s name tattooed on him, after crediting him for saving his life. Despite having no license to practice medicine, Dr. McGraw somehow has effectively practiced on television for going on thirty years. Somehow he has managed to get away with this with his signature, even keel, mustache and bald head.
Links: www.wsj.com, en.wikipedia.org
21,609 views