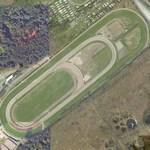 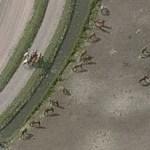 By DonMartini @ 2007-05-22 14:35:17
@ 52.10752, 4.346616
Wassenaar, Netherlands (NL)
Dutch horseracing will never have the same importance to the Dutch as it has to the ambitious British and French gamblers; nev-ertheless, Duindigt has got a rich history. The racetrack in Wassenaar has existed for 100 years, and holds an anniversary party this weekend. In fact the history of horseracing in The Hague goes way back and is very interesting. Horseracing actually startedin 1880, but it took place on a racetrack in Clingendael Park. In 1906 the track was forced to move to the Duindigt estate in Was-senaar. The old racing track had to make way for a railway. And along with this new location the type of people allowed to attendalso changed. It wasn’t until 19 May 1906 that common folk were invited to put in a bet along with the noble elite.
5,251 views