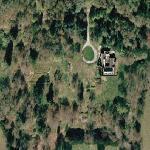 The house was used as a military convalescent home during World War II in 1947, but the house was destroyed by a fire in 1948 and was never re-built. Sicne the fire the estaste broke up and the once wonderful looked after garden was slowly falling into decay. As of 2006 the remaining esate buildings were demolished.