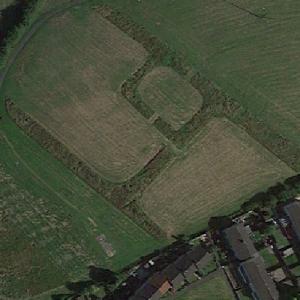 The first visible remains of the Antonine Wall, when traveling from the western end, is at Duntocher. Located in the local park are the remains of an earlier fort which has been marked with hedges, a Roman bath-house was found near the war memorial and a small section of the rampart’s stone base is visible within a railed enclosure
Links: www.antoninewall.org, en.wikipedia.org
278 views