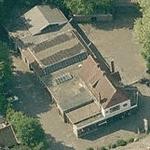 The museum collection contains small objects like uniforms, firearms, silver, paintings, scale models etc. But also vehicles, armoured cars, tanks and related equipment that were in use, or still are, by the cavalry of the Royal Dutch Army. The museum shows over 425 years of history, showing a visitor the evolution from horseback armies to a modern army with tanks
736 views