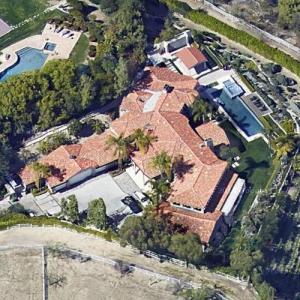 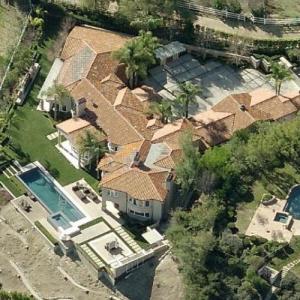 By jdubble07 @ 2012-05-19 09:44:38
@ 34.17285457, -118.66320593
Hidden Hills, California (CA), US
Dwayne Johnson is an American actor and professional wrestler who is signed to WWE, appearing on the Raw brand. Johnson was a college football player. In 1991, he was part of the University of Miami's national championship team. He later played for the Calgary Stampeders in the Canadian Football League, and was cut two months into the 1995 season. Johnson's first leading role as an actor was in The Scorpion King in 2002. For this film, he received the highest salary for an actor in his first starring role, earning $5.5 million. He has since appeared in several blockbuster movies such as The Rundown, Be Cool, Walking Tall, Gridiron Gang, The Game Plan, Get Smart, Race to Witch Mountain, Planet 51, Tooth Fairy, Doom, The Other Guys, Faster, and most recently Fast Five starring opposite Vin Diesel and Paul Walker.