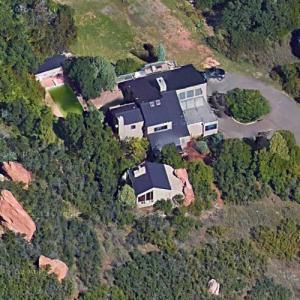 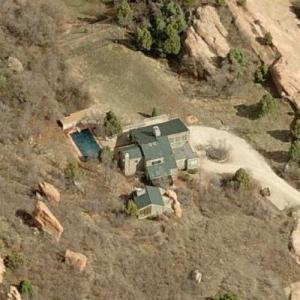 By Champion3 @ 2011-01-12 17:55:13
@ 39.54619974, -105.13817119
Littleton, Colorado (CO), US
bold and Eric Harris killed 13 people at Columbine High School on April 20, 1999. The pair killed themselves at the end of their rampage. Dylan lived here with his parents Tom, a former geophysicist who ran a mortgage business from his home and fixed and rented out homes, and Susan, who worked for the state of Colorado, administering training programs for people with disabilities. This was the home that Dylan Klebold lived in at the time of the attacks and where his parents still reside.

The Columbine High School massacre was a school shooting and attempted bombing that occurred on April 20, 1999, at Columbine High School in Columbine, Colorado, United States. The perpetrators, twelfth grade students Eric Harris and Dylan Klebold together murdered 12 students and one teacher. Ten students were killed in the school library, where the pair subsequently committed suicide. 21 additional people were injured with gunshots and gunfire was also exchanged with the police. Another three people were injured trying to escape the school. At the time, it was the deadliest school shooting in United States history, though tragically it has not held its title. The crime has inspired several copycats (see Columbine effect) and "Columbine" has become a byword for mass shootings.

The FBI concluded that the killers were victims of mental illness, that Harris was a clinical psychopath, and Klebold was depressive. Dr. Dwayne Fuselier, the supervisor in charge of the Columbine investigation, would later remark: "I believe Eric went to the school to kill and didn't care if he died, while Dylan wanted to die and didn't care if others died as well.”

In April 1998 (a year before the shooting), Harris wrote a letter of apology to the owner of the van as part of his diversion program. Around the same time, he derided him in his journal, stating that he believed himself to have the right to steal something if he wanted to. By far the most prevalent theme in Klebold's journals is his private despair at his lack of success with women, which he refers to as an "infinite sadness." Klebold had repeatedly documented his desire to kill himself, and his final remark in the Basement Tapes, shortly before the attack, is a resigned statement made as he glances away from the camera: "Just know I'm going to a better place. I didn't like life too much."
Links: www.oprah.com, en.wikipedia.org
46,871 views

Anonymous
@ 2016-03-27 06:07:10
Breaks my heart to think how much pain and more they went through to be able to show up at there school and kill all those innocent people.