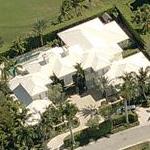 He had previously served as president of Illinois Central Railroad until that railroad's acquisition by CN. At that time, he was named CN's EVP and COO. Industry trade journal Railway Age named Harrison its Railroader of the Year for 2002.
Links: en.wikipedia.org
6,239 views