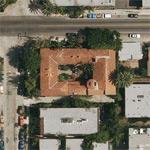 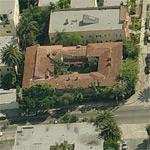 By neotrix @ 2008-09-05 06:01:36
@ 34.104926, -118.331843
Los Angeles, California (CA), US
El Cabrillo is a two-story, ten-unit Spanish-style courtyard apartment house located at the southeast corner of Franklin Avenue and Grace Street in Hollywood.The building was designed by noted architects Arthur and Nina Zwebell and built in 1928 by movie mogul Cecil B. DeMille. It became one of the most fashionable addresses in Hollywood in the late 1920s and 1930s and was more recently used as the home of the main character in the television series Chuck.

The building was listed in the National Register of Historic Places in 2005.
Links: en.wikipedia.org
854 views