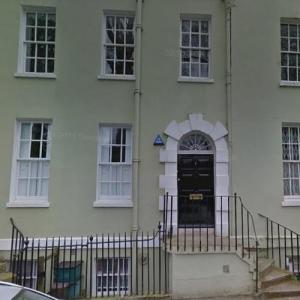 Watson was born in Paris, France but moved to Oxfordshire, England after her parents divorced when she was five. Oxfordshire is about an hour away from her apartment in London.

Hermione Granger was Watson’s first professional acting role, and she portrayed this part for all eight of the Harry Potter films. Not one to be type-cast by a franchise character, Emma Watson made sure to expand herself beyond the world of Harry Potter. She has showcased her talents in a number of other films—such as The Tale of Despereaux, Ballet Shoes, The Perks of Being a Wallfower, The Bling Ring, Noah, and an exaggerated version of herself in This Is the End.

Emma Watson has talents far beyond the realm of cinema. From 2011 to 2014, she studied at Brown University and Worcester College of Oxford University. She graduated officially from Brown University with a Bachelor’s degree in English literature.

Additionally, Watson was appointed a United Nations Women Goodwill Ambassador. She helped launch the UN Women campaign ‘HeForShe,’ which urges men to advocate for gender equality. She has made numerous speechless highlighting feminism and gender equality throughout the globe—including at the World Economic Forum’s annual winter meeting in 2015.

We will see Emma Watson next in the role of Belle in Disney’s live action re-imagining of Beauty and the Beast.
Links: en.wikipedia.org
166,978 views

Anonymous
@ 2021-11-13 20:40:13
I love the movie Harry Potter and movie 7 part 1 was sad when Ron left and went home and when Harry and Ron were fighting it was so sad. But it would be the best thing in my life if I saw you Emma, Rupert and Daniel aka Hermione, Ron and Harry