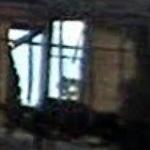 On August 24, the boys skipped church and headed down to the Bryant Grocery to buy candy. The store was owned by Roy and Carolyn Bryant, a white couple.

The facts of what took place next are in dispute, but the results would send shock waves around the world. Carolyn Bryant testified that Till made sexual advances and asker her for a date. As Till and the other boys ran off, Carolyn Bryant ran to get a gun in her car. Word of the story soon spread.

In the early morning of August 28, Roy Bryant and two other men forced Till from his bed and put him in the back of a truck. Till was pistol-whipped, beat, shot to death and thrown off a bridge (bridge location is close) into the Tallahatchie River. His body was found three days later with a 70 pound fan blade fastened around his neck with barbed wire.

Bryant and his accomplice, JW Milam were indicted for murder. The trial and result grabbed the nation's attention. After five days of trial, the grand jury declined to indict the two men.
Links: en.wikipedia.org, crdl.usg.edu, law2.umkc.edu
1,467 views