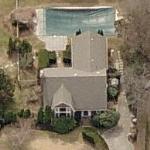 By jdubble07 @ 2012-07-07 10:37:08
@ 40.87930088, -72.38057847
Southampton, New York (NY), US
Eric and Margaret Friedberg are both former federal prosecutors with the U.S. Attorney's Office in New York's Eastern District. Eric Friedberg's digital risk management and investigation firm, Stroz Friedberg, was responsible for monitoring former IMF chief Dominique Strauss-Kahn during his house arrest in New York City last spring and providing bodyguards for Bernard Madoff while he awaited trial in 2009, according to TIME Magazine.

The Friedbergs made the news in July 2012 when, upon returning from vacation, they saw that their Southampton Village house was quickly beginning to take shape, however, too far from the curb which wouldn't allow space for their pool and garage due to the construction company using the wrong site plans. The home was quickly demolished to the ground and started over again. The error cost an approximate $150,000.
Links: abcnews.go.com
1,462 views