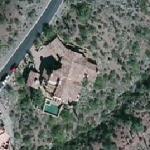 Before joining ARAMARK in 2012, Foss served as Chief Executive Officer of Pepsi Beverages Company, which represents 75 percent of PepsiCo’s beverage business in the U.S., Canada and Mexico and employs about 80,000 people. Prior to the merger of Pepsi Bottling Group (PBG) with PepsiCo, Foss served as PBG’s Chairman and CEO, having been named CEO and elected to the PBG Board of Directors in 2006 and elevated to PBG’s Chairman in 2008.

Foss served as PBG's Chief Operating Officer from 2005 to 2006. He was named President, PBG North America in 2001 and, prior, served as Executive Vice President and General Manager of PBG North America beginning in 2000. He joined PBG as Senior Vice President, U.S. Sales and Field Marketing in 1999 when the company was spun off from PepsiCo in an Initial Public Offering. He joined PepsiCo in 1982 and held a variety of positions with increasing responsibility in the areas of sales, marketing and field and headquarters management.

Foss serves on the Board of Directors of ARAMARK, Cigna and UDR, Inc. and is on the Industry Affairs Council of the Grocery Manufacturers of America.

He earned a Bachelor of Science degree in Marketing from Ball State University.
Links: www.aramark.com
3,652 views