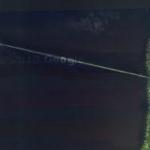 The Evergreen Point of the bridge's original name is the westernmost of the three small Eastside peninsulas that SR-520 crosses. (The other two are Hunts Point and Yarrow Point.) In 1988, it was renamed for Governor Rosellini, who had advocated its construction.
Links: en.wikipedia.org
559 views