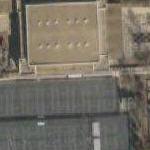 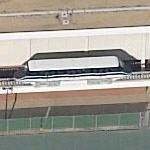 The Maglev transportation system at Old Dominion University is a demonstrable engineering prototype project funded by a $2 million grant from the Federal Railroad Administration. The project, a collaboration between Old Dominion, American Maglev Technology, Lockheed Martin, other industry participants and the federal and state governments, began on the Norfolk campus in 2002.

Under the current project, researchers are aiming for a demonstrable engineering prototype that will operate smoothly at speeds of up to 45 miles per hour along the 1,100-foot-long guideway. Throughout the next year, researchers will test and evaluate proposed technical solutions to improve ride quality and vehicle stability via modeling and simulation programs and, ultimately, on the guideway and vehicle themselves; as well as further develop the vehicle, guideway and stations.
Links: www.odu.edu
694 views