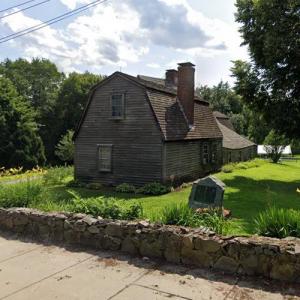 By kjfitz @ 2010-02-04 13:59:05
@ 42.24341, -71.167541
Dedham, Massachusetts (MA), US
The Fairbanks House is a historic home in Dedham, Massachusetts. Built by Jonathan Fairebanke for his wife Grace (Lee Smith) and their family in about 1640, it is the oldest surviving timber-frame house in North America. The house was occupied and then passed down through eight generations of the family until the early twentieth century. Over the years the original portion was expanded with additions as the needs of the family grew and as fashions of the times dictated.

Today the Fairbanks house is owned and operated by the Fairbanks Family in America, a member-based non-profit organization, as a historic house museum. The Family Association has preserved, studied and interpreted their ancestral home and its collections for over 90 years.
Links: en.wikipedia.org
904 views