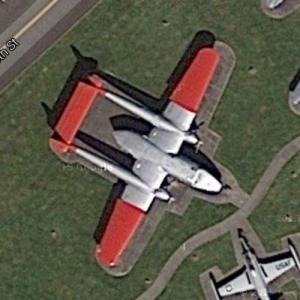 By jbottero @ 2016-06-05 16:28:52
@ 47.1315944, -122.4830796
Lakewood, Washington (WA), US
The C-82 Packet was a twin-engine cargo aircraft designed and built by Fairchild Aircraft. It was used by the United States Army Air Forces and the successor United States Air Force following World War II. The aircraft was named as a tribute to the Packet Boats that hauled mail, passengers and freight in Europe and its colonies, including North American rivers and canals. Due to design flaws, this aircraft was redesigned and eventually evolved into the Fairchild C-119 Flying Boxcar.
Links: www.mcchordairmuseum.org, en.wikipedia.org
370 views