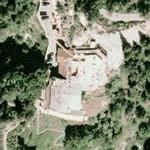 King Ludwig II of Bavaria purchased the ruin in 1883 and planned to transform the site into a magnificent fairy tale schloss (formerly schloß). However, the plans were abandoned upon his death in 1886.
Links: en.wikipedia.org
1,162 views