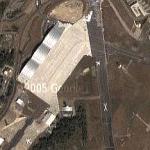 By Hinkkanen @ 2005-08-15 14:49:09
@ 51.27837372, -0.77063102
Farnborough, United Kingdom (GB)
Probably one of the oldest active airfields in the world. Flying has been associated with the site since the Balloon Equipment Store relocated from Greenwich to Farnborough in 1905 to become HM Balloon Factory. Later it housed the Royal Aircraft Establishment (RAE). The site now acts as a regional business airport, with all experimental aircraft having moved to Boscombe Down. It is also the site of the Farnborough International Exhibition and Flying Display, next one to be held 17-23. July 2006.
Links: www.heureka.clara.net
735 views