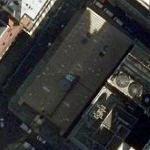 Federal Hall National Memorial on Wall Street was built in 1842 as the New York Customs House, on the site of the old Federal Hall. It is operated by the National Park Service as a museum commemorating the historic events that happened there.
Links: en.wikipedia.org, moviemaps.org
778 views