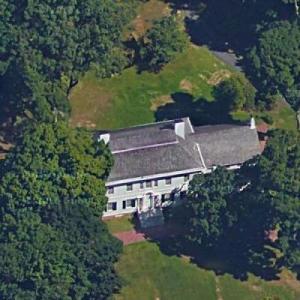 Col. Jacob Ford, Jr. was the prosperous owner of a mine, forge, and powder mill, and a colonel in the New Jersey militia. Ford, his wife, Theodosia, and their children moved into the newly built Georgian style mansion in 1774. Early in 1777, when the Continental Army first came to Morristown, the mansion served briefly as quarters for Delaware troops commanded by Capt. Thomas Rodney. Shortly after the Continental Army arrived, Ford died of pneumonia.

During his first stay in Morristown, Washington quartered at the Arnold Tavern. However, on his return in December 1779, the recently widowed Theodosia Ford opened her home to Washington and his entourage. Shortly before he arrived, Washington wrote, "I shall be at Morris Town tomorrow and shall be obliged by your ordering me a late dinner. I understand my quarters are to be at Mrs. Ford's.'"

For 200 days the Ford Mansion served as the nerve center of the Revolutionary War. Washington used the front room as a conference room and staff office to meet with officers, scouts, spies, and private citizens. Statesmen and foreign diplomats came here to consult with the commander-in-chief. Washington's troops were encamped nearby at Jockey Hollow.

Several of Mrs. Ford's original furnishings that were in the mansion during Washington's stay are on display, as well as items used by Wasington's officers.
Links: en.wikipedia.org
1,985 views