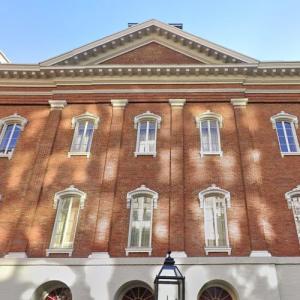 During the play, Booth snuck into the President's box and shot him from behind. Rathbone was stabbed while struggling with Booth, who would jump to the stage below and escaped outside to his horse. Booth was on the run for 12 days until being killed by a Union soldier at a farm in Port Royal, Virginia.

Lincoln was taken across the street to the Petersen house, where he died the next morning.
Links: en.wikipedia.org
2,695 views