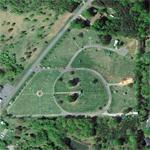 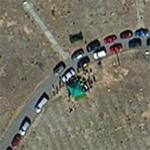 He is often credited as being the winningest short track racer in history. He won more than 500 races and several regional championships before becoming a full-time NASCAR driver. He competed in 303 NASCAR Cup Series races and won the 1989 Rookie of the Year award at the age of 48. He won two NASCAR Busch Series races in 1997 (Hickory) and 1998 (Darlington).

He gained much attention from the mainstream sports media for the humorous innuendo of his name.
Links: en.wikipedia.org
494 views