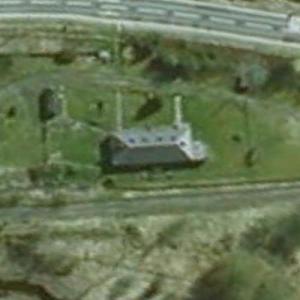 Orignally the station only had one paltform and a turntable. When the railway was extended to Tyndrum another platform was added and the turntable was removed. There were sidings behind the station (east side).

What's left today:
Both platforms are still there although one is overgrown and in bad shap, while the other is being used a boundry for a garden. The station building has become a private house and the sidings on the east have been filled up to platform level to make a bigger garden and a new house has been built too. Near the end of the platforms there is an unknown abandoned bricked shed.
Links: en.wikipedia.org, www.railscot.co.uk
385 views