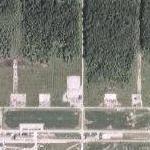 In general, JPG was set up with a "firing line" going east-west across the entire reservation near the southern end of the facility. Constructed along this firing line were permanent positions for firing ordnance directly and indirectly north. The northern area is the "impact" area and is composed of specifically designated impact fields or ranges. The cantonment area with the support buildings was south of the firing line. This is only the general layout and may lead to the mistaken assumptions that all firing was from the firing line north and that south of the firing line was not impacted by ordnance. Firing positions, ranges and test areas were established south of the firing line and as well as north in the impact area. At these other firing positions or testing areas, examples of any different compass bearing/could be found as the direction of fire. The entire facility was used for testing ordnance.
Links: www.globalsecurity.org
1,422 views