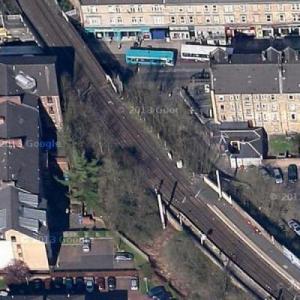 What's left today:
Sadly nothing remains today. The station building has been demolished. The platforms have been demolished. The only evidence of the station ever existed is a small gap between the two tunnels (as the station had an island platform). This can only be seen from passing trains, but hard to see, as the trains usually travel at a fast speed past the site.