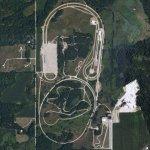 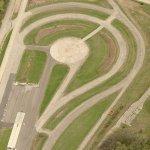 jkuefler
@ 2020-03-02 18:44:02
My Dad helped design this proving ground while he worked for AMC from the 40s until Chrysler bought them. He took the early retirement option instead of moving u from Kenosha to Detroit. My childhood is full of fond memories of the annual proving ground picnic that the staff hosting on site. Even the aerials bring back memories of me skateboarding around the mile track. Would love to get back there someday.